THE LOCALS is an ongoing exhibition series in artSPACE@16's effort in identifying artists living or working in Malden, Massachusetts. These exhibitions aim to encourage visual artists to develop and share new work as well as to promote dialogue and educational experience between artists and the general public. They also strive to promote awareness and appreciation of art in our burgeoning creative community. 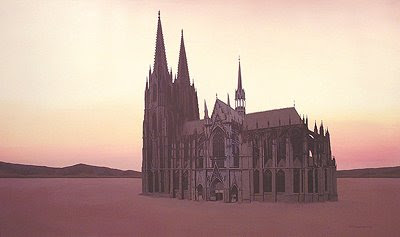 Matthew Andrade is fascinated with the interplay of faith and life. In his recent painting series, Cathedral, he uses religious architecture as a metaphor to illuminate both the beauties of faith and it's challenges. In his painting The Soil of Thorns, a cathedral stands boarded up and overwhelmed by the towering neon glare of modern life, but still stoically stands as a symbol of hope. By exploring these themes, Andrade continues to review his own life and faith. He invites the viewer to engage in these thoughts as well. 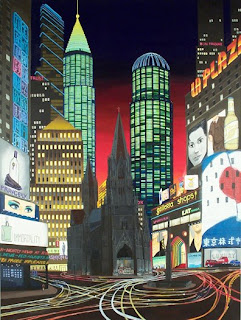 Matt Andrade was born August of 1959. He trained in Scenic Arts and Design under Richard E. Schreiber and received a Bachelor of Arts from Northeastern University in 1982. With a few brief exceptions, artistic endeavors were set aside until recently. Finally, after many years in the corporate world, Andrade has begun to seriously pursue painting. He lives in Malden with his wife and children and shares studio space with his cat, Smidgen. 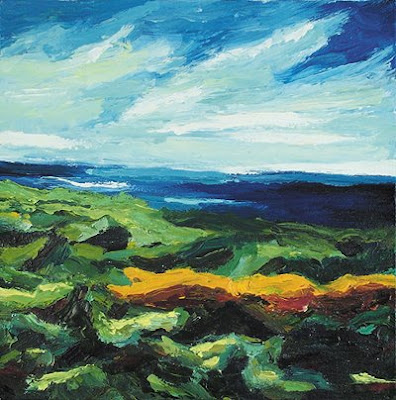 Erik Pettersen’s landscapes are about the vast open space and color patterns that nature can create. He seeks to capture the essence of the landscape through gestural brushstrokes. The use of color in his landscapes, serves to trick the eye and play upon traditional rules of perspective. These paintings evoke a sense of tranquillity or of turmoil. His compositions use elements of abstraction and the natural world, to create a unique perspective on traditional landscape painting. 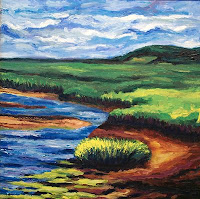 Erik Pettersen’s paintings have been shown in a variety of galleries throughout Massachusetts, including the Depot Square Gallery, Stebbins Gallery, artSPACE@16, Malden Mayor’s Gallery and the Cape Cod Art Association. Pettersen is a graduate of Massachusetts College of Art, where he received a B.F.A., with a concentration in painting. He has a studio in Malden and works in Woburn. 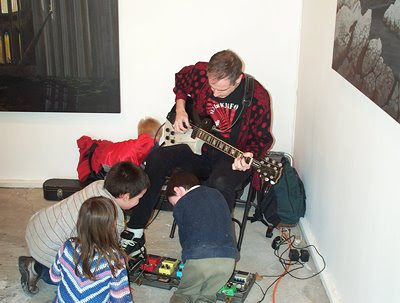 Mikel Haag, a guitarist, songwriter and singer who is originally from Southern California was invited to present a solo ambient guitar performance at the reception. Mikel Haag is a Malden resident, married to local musician Robin Farren from the band Farrenheit. Mikel Haag has provided solo improvisational guitar for modern dance, poetry, and performance art pieces. His past musical endeavors include everything from folk, alternative, pop, rock to free jazz. 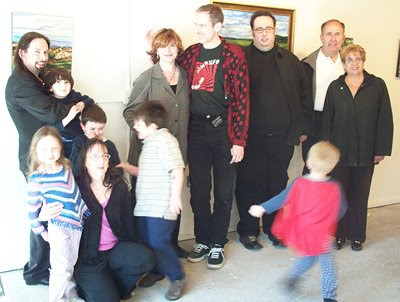 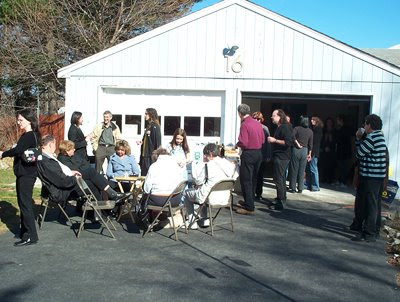 The 20th Exhibition IN THE NEWS - visit http://www.artSPACEat16.com/archive.htm
Posted by artSPACE@16 ONILINE at 11:10 PM