Kenneth Feng An was born in Taiwan, immigrated to Untied States and became a naturalized U.S. Citizen. He attended high school in North Quincy, Massachusetts and received his undergraduate degree in Psychology from Boston University and a Jurist Doctorate degree from Suffolk University Law School. Kenneth began his employment/career with the federal government in August of 1999 as an Asian Liaison Coordinator for the Boston Area Office of the United States Equal Employment Opportunity Commission, which has jurisdiction over the New England States. He has been actively involved with various Asian Pacific American community group and organizations.

Tom Lun-nap Chung, Ph.D. was born in China. He is an U.S. citizen who married with three children. He received his education in Hong Kong and the U.S.A., was granted a Ph.D. from Boston University in 1982; and a M.Phil. in 1974 and a B.Soc.Sc. in 1972 from The Chinese University of Hong Kong. Tom has been the Director of Research, Massachusetts Executive Office of Elder Affairs since 1993. He conducts needs assessments, management studies, policy development demonstration projects, and supervises research activities by the Research Unit and outside contractors, in coordination with policy development and program planning. The Research Unit won the 1993 "Best Employee Award" of the Executive Office and a "Citation for Outstanding Performance" from the Commonwealth of Massachusetts. He has proven great leadership in Trainings, Teachings, Presentations and Writings in Gerontological Studies, on American Society, Asian Americans and other Chinese Societies and Culture. He is the author for Parliamentary Procedures and Organization Strategies, which is written in Chinese and yet to be published.

Vyvyane Loh is a writer who has just finished her first novel. She was born in Malaysia, then earned her Masters in Fine Arts from the prestigious Warren Wilson College Writing Program and consults on manuscripts in the Boston area. She is also active in the dance field as a teacher and performer of Salsa and Latin Jazz and is the Assistant Director of Navarasa Dance Theatre based in Somerville.

Sanchita Sengupta has been a HR Generalist in the Human Resource department at Massachusetts General Hospital for the past three years. Her background is significantly diverse with a strong history of human resource and recruitment. Sanchita was a Recruiter at MGH for two years, working with the regional Chamber of Commerce, Colleges and Universities. She attended numerous One-Stop agencies and job fairs that were mostly held in Massachusetts. Sanchita Sengupta completed her undergrad in Business Management from University Of Massachusetts - North Dartmouth in 1994, and received her Master in Public Administration from Suffolk University in 1997. 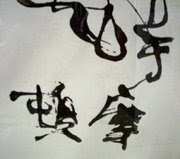 Great Wall Center's founding mission is to promote Asian cultures, emotional health, well-being and human rights; and to provide education to the community at large on issues pertaining to the Asian cultures and to assist Asians in adapting and learning about American culture through the Asian American Artists Roundtable Series, art events, forums, public discussion, town meetings, trainings, counseling, development of educational materials and other activities. We believe that these issues must be addressed in order to lessen isolation and marginalization, promote health in the Chinese American families and build a stronger Asian community that will be more involved in the mainstream and democratic processes of America.
Posted by artSPACE@16 ONILINE at 8:42 PM