Reporter: How much support did you receive from the city administration? To what degree did Mayor Howard and other elected officials support your efforts? 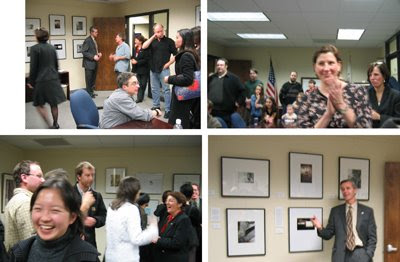 The City has been implementing their art initiatives and experiments in art projects at their own pace in their own way all these years. Some examples are: the opening of the Mayor’s Gallery (in 2003), establishing IDEAS 5 Artists Studios (2004), Washington Studios (2005) later changed to SOHO Art Center (2005), and sponsoring MaldenArtsWindow Project (2006 and 2007), and the conversion of Sacred Heart Convent into artists live/work building (Irving Street Studios) (2005 – presents), collaborating with local artists to come up with a new design for the NEW Senior Community Center in Malden Square (2008)

The City has formed a volunteer committee consisting of several Malden artists working with the City and ARTIST LINK on the conversion of the old Convent Building to artist live/work space. I also had the privilege to serve (2005 – 2007) as one of the committee volunteers. The convent is located at 30 Irving Street in downtown Malden which is currently undergoing the first rehab phase. For updates on this project, please contact Deborah Burke, Project Director. 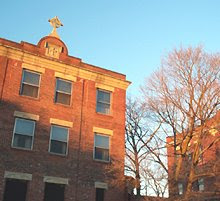 
My other self-effort is to put MALDEN ON THE ART MAP, meaning in print, through web presence, and physical (ei. galleries) presence. The very intention of this initiative is to support and strengthen the arts network within communities and to let others know that “WE’RE HERE”.

I continue to update a "Listings of Community, Arts and Cultural Venues in Malden" on artSPACE@16 Online website and to suggest to potential listers, including the City and elected officers, to consider creating a page with the list/links on their websites. Doing so to serve as a bridge to increase community connectivity and to promote the ARTS in Malden.

(This MASTER LISTINGS has been programmed to be distributed to members of the CommunityArtNetworkMALDEN List-service on a regular basic. I also made the hard copy available to artists, gallery visitors and my collaborators.)


The City Co-Sponsoring “Artist Town Meeting for Greater Malden" in 2007 with artSPACE@16 and the Artists Foundation - This meeting will offer information on the Massachusetts Health Care Reform and how it impacts artists and what pieces of state and national legislation have been filed and have passed to help artists.

A Walkable Community Workshop in Malden: this event was hosted by the Mayor's Office, partnered with Bike to the Sea and Window Arts Malden and the Boston Region Metropolitan Planning Organization (MPO). (in 2007)