41st event: a screening of a documentary film by XiaoWei CHEN

artSPACE@16 will present a screening of the documentary film Xiao-Ye Bought A House 《小叶买房》on Saturday, September 22, beginning at 7:30pm. This 35-minute film was produced by XiaoWei Chen, a 2007 ARTADIA Awards recipient.

This award winning piece chronicles the experience of a young painter named Xiao-Ye and his pursuit of studio space in a Beijing suburb. What at first appears to be a straightforward transaction of real estate soon becomes a struggle between the young artists yearning and the old-fashioned deception and treachery of the provincial authority. Filled with humor and exasperation, Xiao-Ye Bought A House 《小叶买房》 reveals a rare glimpse into the wheelings and dealings of a Chinese village. 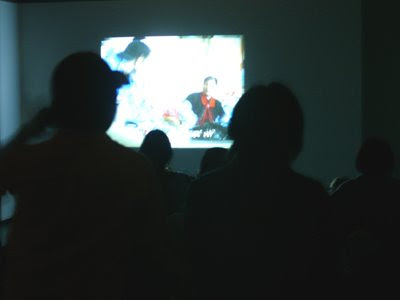 Currently residing in Medford, MA, producer Xiao-wei Chen has lived and studied in Beijing. She graduated from Beijing Institute of Graphic Communication in 2000. Her major body of work in China comprised of multimedia designs, art direction, events planning and production. Besides winning the ARTADIA AWARDS 2007 IN BOSTON for submitting this documentary film, Chen has won multiple national and international awards including the French Mobius International Multimedia Design Award 2000 for her Beijing Courtyard House 《京城四合院》, an interactive film.

The film, Xiao-Ye Bought A House 《小叶买房》 is presented in Chinese with English subtitles. This screening will be held on Saturday, Sept 22, beginning at 7:30 PM. An artist talk (in Chinese with an English interpreter) by XiaoWei Chen will follow the screening. This event is free and handicap accessible. Bring your own refreshments and chairs (or something soft to sit on). Seating is limited, please RSVP by calling xxx-xxx.xxxx, or email xxx.xxx.xxxx. artSPACE@16 is located at .............. For driving directions visit .......... 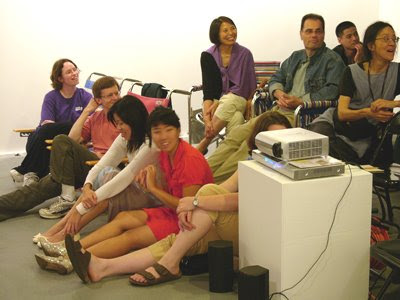